There is something magical about Autumn, the Fall season. These fall months screams peace.

The leaves gets vibrant colours, the weather becomes soothing, there is comfort in air and makes you forget the bone chilling winters for the time being.

Fall is a beautiful season where you experience a smooth transition from the bright summers to the gloomy winters.

Why do you call it a Fall season?

In American and European countries, the autumn season is generally referred as ‘Fall’ season, deriving its meaning from the shredding of leaves from the trees.

Also, you get to see the stunning colour change of leaves from green when its summer, then it gets the golden hue during autumn before it’s withers away once the winter arrives.

Why we need Autumn Quotes?

Quotes about Autumn are a gentle reminder from nature; that change is indeed beautiful if we keep our hearts open.

Personally, Fall mornings are the best. There is calmness everywhere and the golden leaves looks as if the sun has cast a magical spell on it.

These autumn love quotes gives you a fresh perspective on how life is a constant flux yet depends totally on the beholder’s eyes similar to the changing leaves.

Just by looking at the transition of leaves, we can understand the deeper meaning of life and existence.

This is the perfect weather to put on some cozy sweaters, grab some pumpkin pie or simply enjoy strolling outdoors with friends and family.

Whether Autumn is your favourite time of the year, or just want to soak into the current season mood, our autumn quotes are the need of the hour.

Welcome the gorgeous fall season with our vibrant collection of Autumn quotes. Let the positive vibes the fall season brings along by sharing through tweets, messages and captions.

Winter is an etching, spring a watercolor, summer an oil painting and autumn a mosaic of them all.
– Stanley Horowitz tweet

For man, autumn is a time of harvest, of gathering together. For nature, it is a time of sowing, of scattering abroad.
– Edwin Way Teale tweet

It was one of those perfect English autumnal days which occur more frequently in memory than in life.
– P.D. James tweet

Autumn carries more gold in its pocket than all the other seasons.
– Jim Bishop tweet

No spring nor summer’s beauty hath such grace As I have seen in one Autumnal face….
– John Donne, Elegy IX: The Autumnal tweet

Action must be taken at the first signs of disruption or decay, otherwise disaster will follow as ice-bound water follows brief autumn frosts.
– I Ching tweet

Autumn is a second spring when every leaf’s a flower.
– Albert Camus tweet

Autumn arrives in the early morning, but spring at the close of a winter day.
– Elizabeth Bowen tweet

No spring nor summer beauty hath such grace, As I have seen in one autumnal face.
– John Donne tweet

Every leaf speaks bliss to me, fluttering from the autumn tree.
– Emily Bronte tweet

No man can taste the fruits of autumn while he is delighting his scent with the flowers of spring.
– Samuel Johnson tweet

The Autumn is old; The sere leaves are flying; He hath gather’d up gold, And now he is dying; Old age, begin sighing!
– Thomas Hood tweet

The teeming Autumn big with rich increase, bearing the wanton burden of the prime like widowed wombs after their lords decease.
– William Shakespeare tweet

Delicious autumn! My very soul is wedded to it, and if I were a bird I would fly about the earth seeking the successive autumns.
– George Eliot tweet

There is a harmony in autumn, and a luster in its sky, which through the summer is not heard or seen, as if it could not be, as if it had not been!
– Percy Bysshe Shelley tweet

The wind blows out, the bubble dies; The spring entomb’d in autumn lies; The dew dries up; the star is shot; The flight is past, and man forgot.
– Oliver Wendell Holmes tweet

Autumn wins you best by this, its mute Appeal to sympathy for its decay.
– Robert Browning tweet

Wild is the music of autumnal winds the faded woods.
– William Wordsworth tweet

The leaves fall, the wind blows, and the farm country slowly changes from the summer cottons into its winter wools.
– Henry Beston tweet

Nothing is more fleeting than external form, which withers and alters like the flowers of the field at the appearance of autumn.
– Umberto Eco tweet

October is a symphony of permanence and change.
– Bonaro W. Overstreet tweet

If winter is slumber and spring is birth, and summer is life, then autumn rounds out to be reflection. It’s a time of year when the leaves are down and the harvest is in and the perennials are gone. Mother Earth just closed up the drapes on another year and it’s time to reflect on what’s come before.
– Mitchell Burgess tweet

Thus sung the shepherds till th’ approach of night, The skies yet blushing with departing light, When falling dews with spangles deck’d the glade, And the low sun had lengthened every shade.
– Alexander Pope tweet

In the garden, Autumn is, indeed the crowning glory of the year, bringing us the fruition of months of thought and care and toil. And at no season, safe perhaps in Daffodil time, do we get such superb colour effects as from August to November.
– Rose G. Kingsley tweet

Earth’s crammed with heaven, And every common bush afire with God; And only he who sees takes off his shoes; The rest sit round it and pluck blackberries.
– Elizabeth Barrett Browning tweet 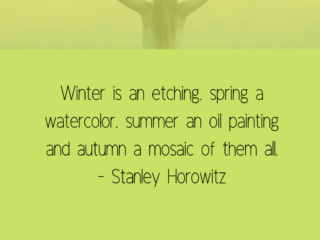 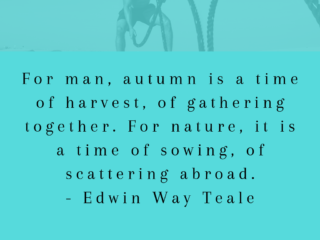 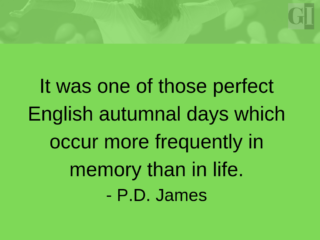 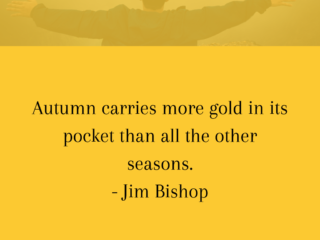 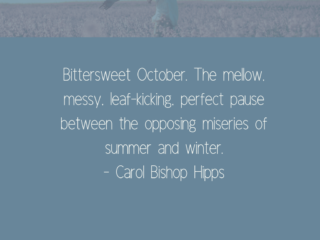 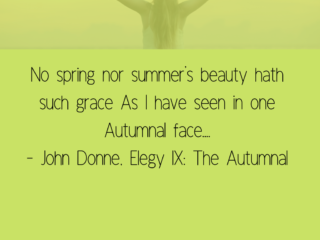 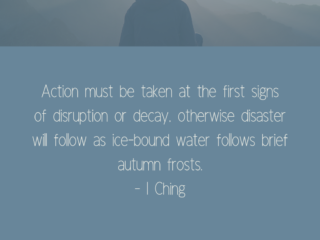 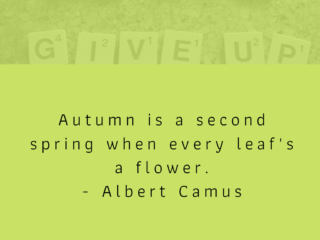 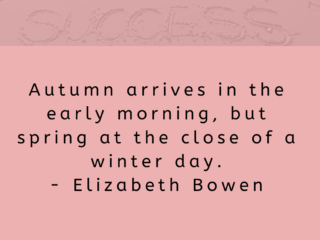 Hope you enjoyed the  autumn quotes and it made you fall in love with the fall season.

Share it with your loved ones and let them know that ‘Autumn is the season of change and let’s embrace it with a big heart’.

Also, which fall autumn quotes you loved reading the most?